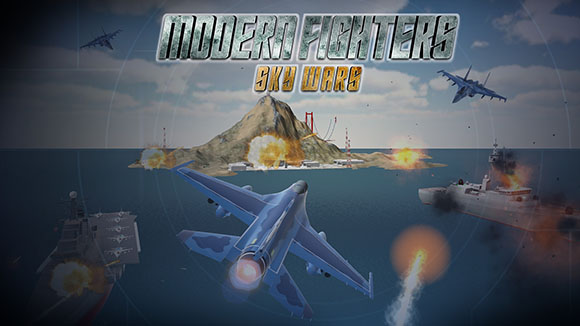 Fly modern jet planes, destroy air and ground enemies in one of the best shooting action simulators. Modern Fighters is an addictive flight game with a unique real life physics engine giving you the most realistic flight experiences on mobiles today, you will feel like a pilot of a real jet plane!

It will take a little practice before learning how to master the flight maneuvers and ultimately becoming a jet fighter pilot legend.

Experience the thrill of realistic air-to-air and air-to-ground battles which will increase your level of excitement and make you feel the power of Modern combat in 3D sky dogfight! Complete the missions to earn coins and upgrade your planes to a more powerfull aircrafts and pass hard levels. Modern Fighters game takes mobile Flight simulators into a whole new level of fun making it an interactive and interesting jet fighter game to play, you just need to get the enemy in your sight and shoot them down.

We have make it very easy to control your plane, just use the left virtual control to steer the plane when needed, and when you are near the enemy you will hear a lock sound so double tab on the right side pad to launch the weapon. Switch between 4 kind of Weapons for each enemy type (Anti Craft Missle, AirFighters, Tanks and War Ships).